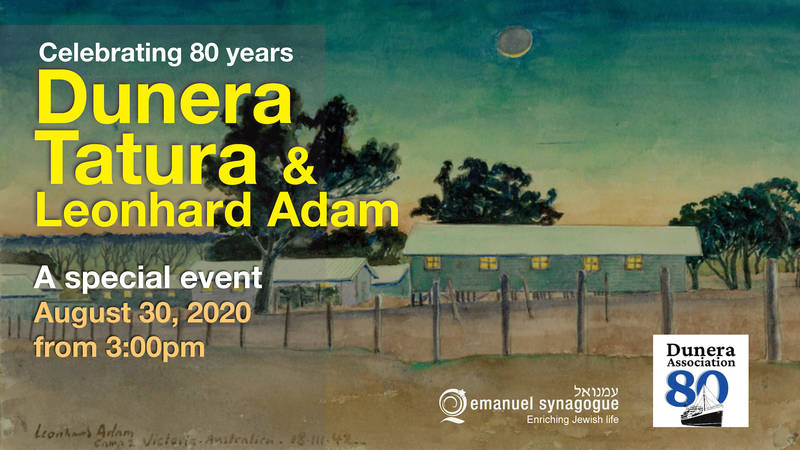 As the clouds of war gathered in the late 1930s, thousands of German refugees – either Jewish or politically opposed to the Nazis – fled to Britain for sanctuary. Some were soon deported, together with other Germans and Austrians who had lived in Britain for some time, to Australia on the ship HMT Dunera in one of the more notorious incidents in British maritime history. The ship had a capacity of 1,600 including the crew. It set sail from Liverpool 80 years ago on 10 July 1940, crammed with some 2,000 mostly Jewish refugees, aged 16 to 66. Alongside them were around 500 Italian and German fascists, meaning the ship was hugely overcrowded.
After a 57-day journey in appalling conditions, during which the ship was hit by a torpedo, the internees’ eventual arrival is regarded as one of the greatest influxes of academic and artistic talent to have entered Australia on a single vessel. The fascists as well as around 100 “Dunera boys” were put ashore at Melbourne and taken to Tatura detention camp in Victoria. Arriving in Sydney, the remaining Dunera Boys were first interned in Hay in New South Wales; in 1941 they were brought to Tatura.

The 80th anniversary of the ship’s arrival was to be commemorated in Australia by a series of events. Due to the COVID-19 pandemic, the Dunera Association has been forced to rethink their plans and on August 30 will be holding a major virtual event honouring the Dunera Boys and highlighting the amazing achievements of one of the boys, Leonhard Adam, judge, anthropologist and artist.

The event, presented together with Emanuel Synagogue will feature Dunera Association president, Ron Reichwald, a virtual tour of the Tatura Museum, and Leonhard Adam’s daughter, Mary-Clare Adam in Israel will be revealing the fascinating stories behind some of her father’s art.

Earlier this year as a tribute to the spirit of the Dunera Boys; the creativity and ingenuity that they displayed even while in captivity, Emanuel Synagogue launched Dunera (www.dunera.org.au), a virtual platform designed to provide our community with access to educational and cultural events.

Join us from 3:00pm to 4:30pm on Sunday 30 August for this historic online event. Register now