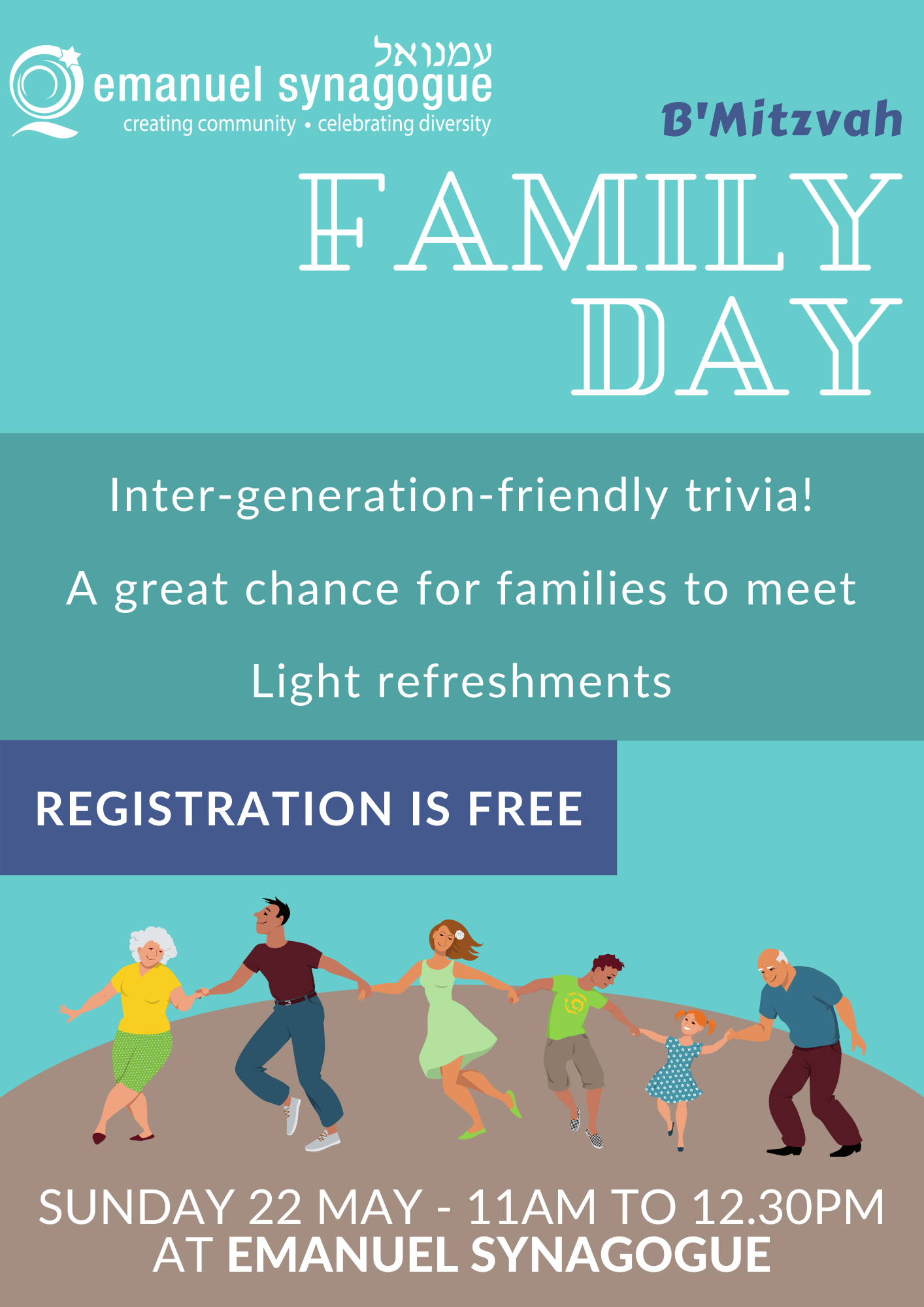 Join us for fun activities, including inter-generation-friendly trivia! It’s also going to be an excellent opportunity for families to meet.

Light refreshments will be available. 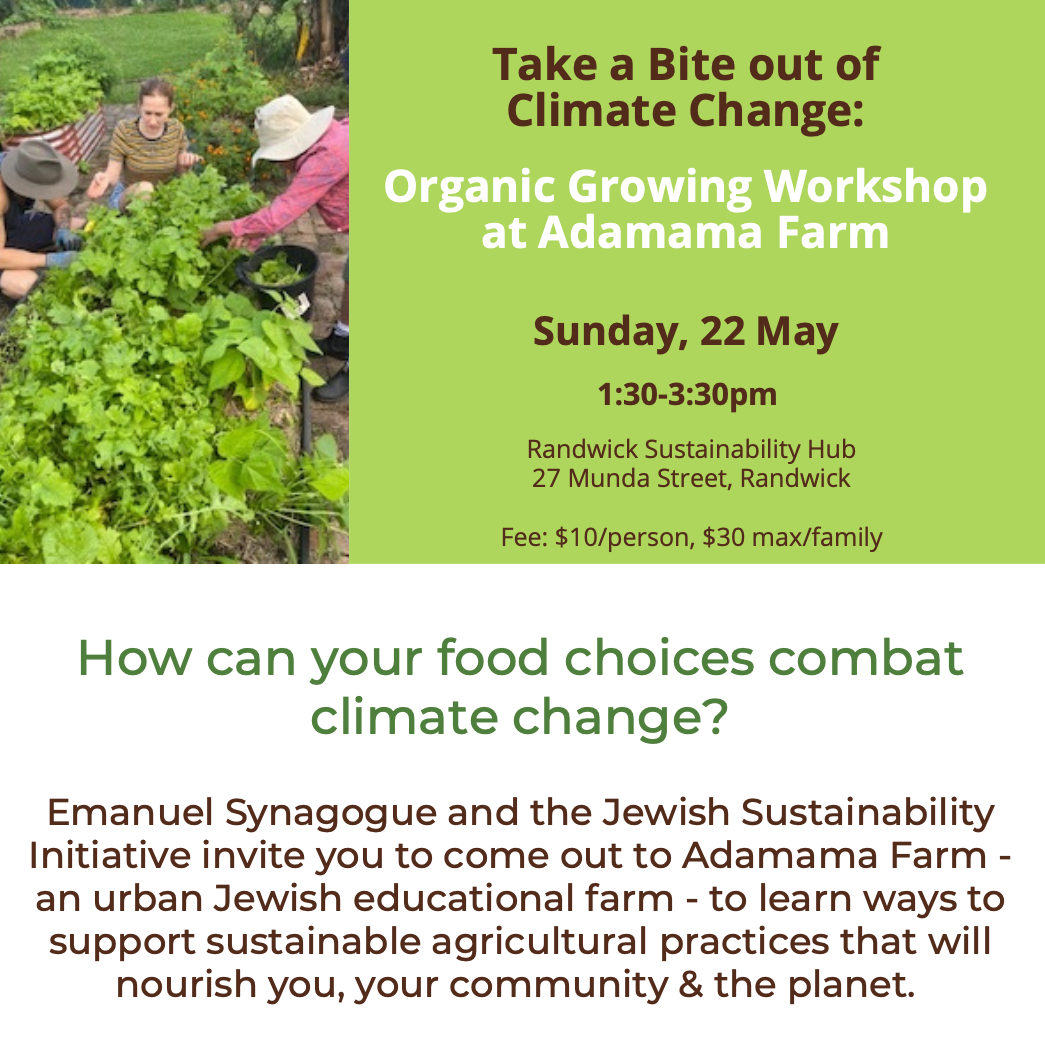 Take a Bite out of Climate Change: Organic Growing Workshop at Adamama Event

How can your food choices combat climate change?

Come out to Adamama Farm – an urban Jewish educational farm – to learn ways to support sustainable agricultural practices that will make abig difference for the planet.

Then get your hands dirty and gain new skills and tips for organic gardening and living sustainably at home! 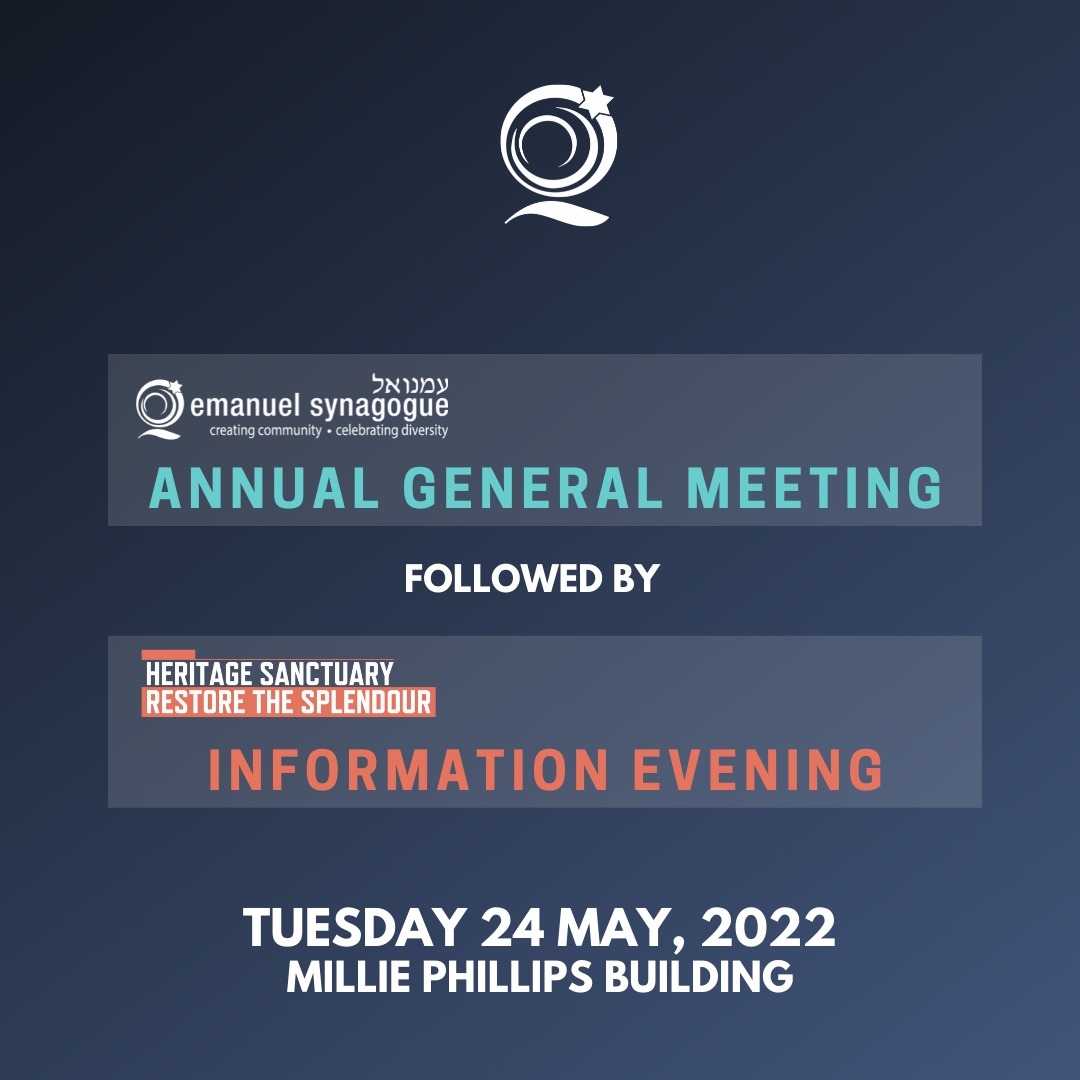 Join us for our Heritage Sanctuary Restoration Information Evening & AGM.

We are delighted to have already received $2 million in firm support towards the $7.5 million goal!

This is a critical project in the Synagogue’s history. We have the urgent need and opportunity to enhance our campus for our community; thus, we are asking for your extra support this year.

This appeal is an essential responsibility for our future to ensure our potential. Emanuel Synagogue’s strong reputation is matched by our growth, reflecting the leadership role we play across the whole community and high engagement we provide across all stages of our lives.

REGISTER FOR THE EVENING 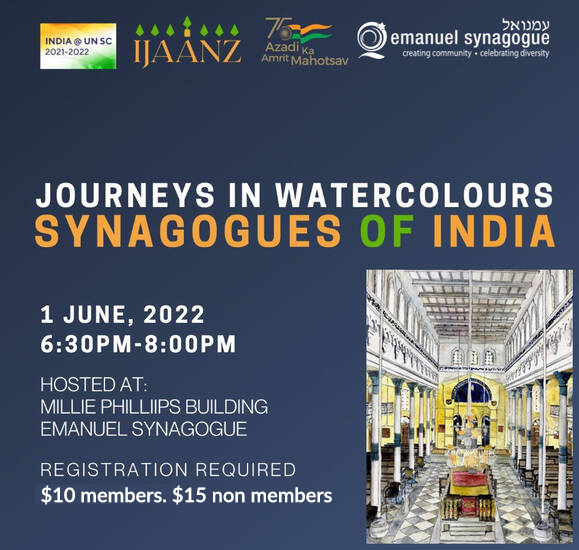 The inaugural ‘Journeys in Watercolours – Synagogues of India’ exhibition is taking place between June 1st 2022 at Emanuel Synagogue, Woollahra.

The exhibition is a collaboration between the Indian Embassy, the Indian Jewish Association of Australia and New Zealand (IJAANZ) and Emanuel Synagogue, as well as the kind generosity of Plus 61J. It will feature selected reproductions of the original, evocative watercolours of the synagogues of India by Professor Jay A. Waronker Ph.D., Professor, Kennesaw State University, Atlanta, GA. 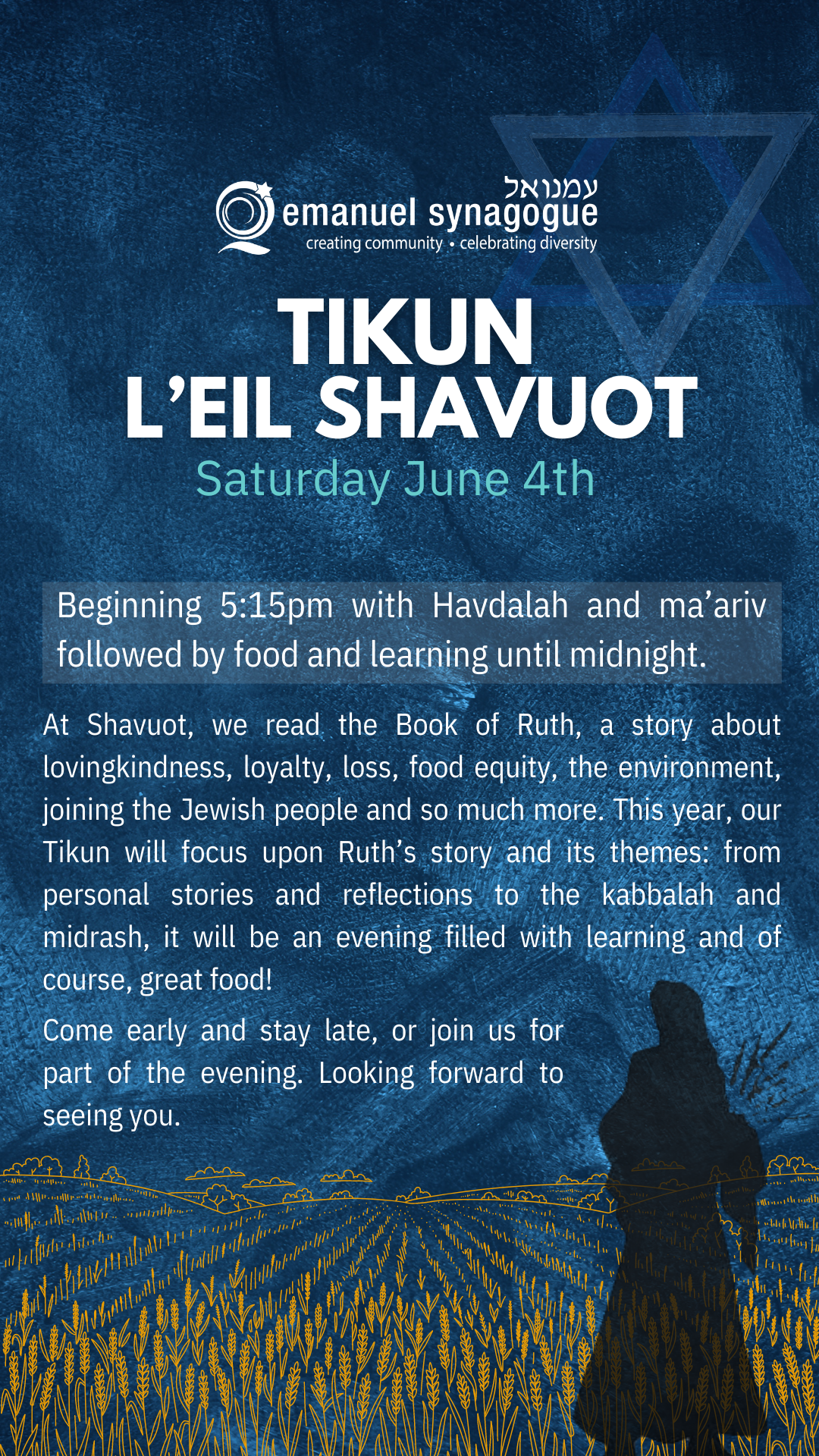 Shavuot Tikkun: An Evening of Learning

Saturday, June 4, beginning 5:15pm with Havdalah and ma’ariv followed by food and learning until midnight.

At Shavuot, we read the Book of Ruth, a story about lovingkindness, loyalty, loss, food equity, the environment, joining the Jewish people and so much more.

This year, our Tikun will focus upon Ruth’s story and its themes: from personal stories and reflections to the kabbalah and midrash, it will be an evening filled with learning and of course, great food!

Come early and stay late, or join us for part of the evening. Looking forward to seeing you! 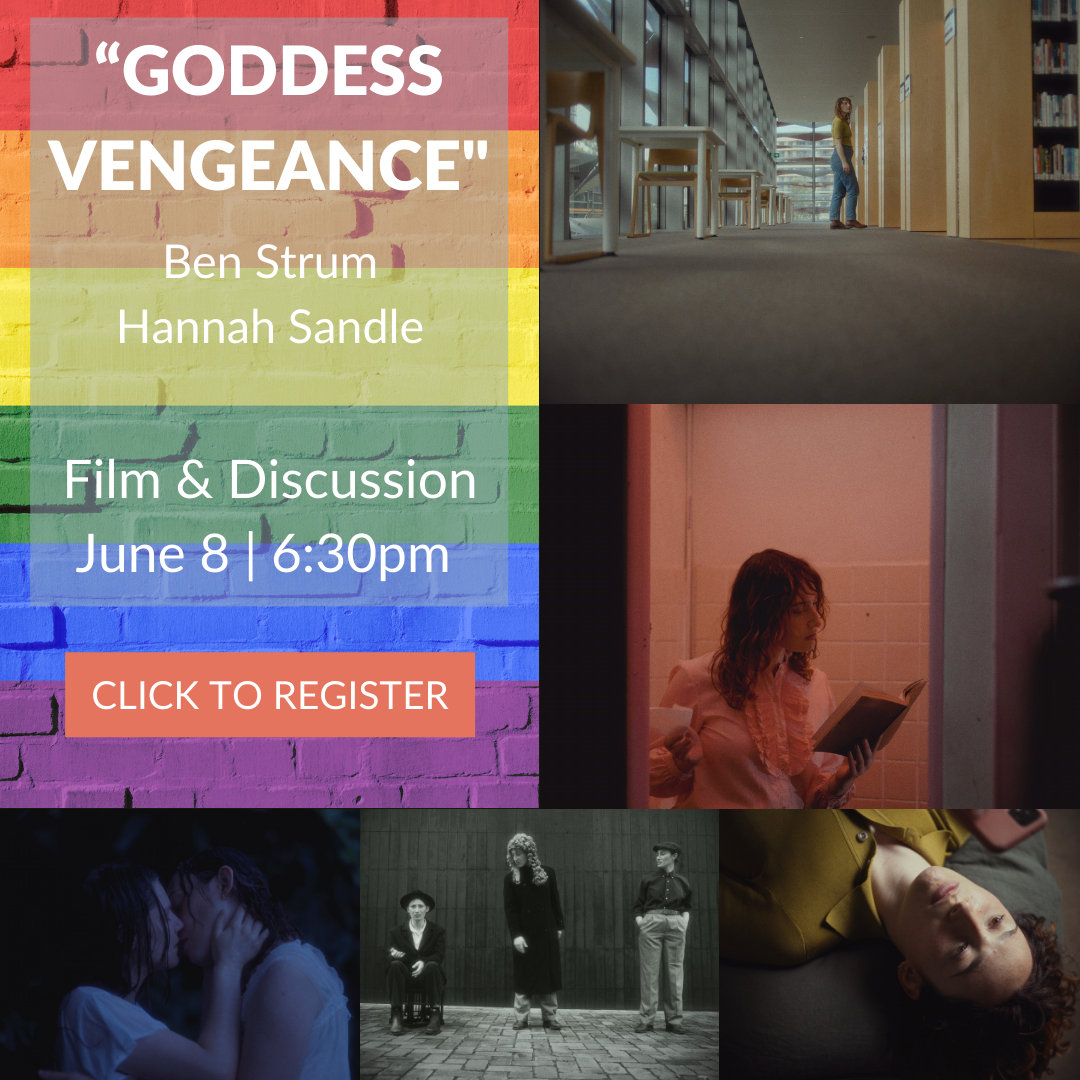 Join us for an evening of film and discussion at Emanuel.

Starting at 6:30pm on 8 June at Emanuel, we talk with Ben Strum & Hannah Sandler regarding their recent “GODDESS VENGEANCE” work.

A brave journey of self-discovery by young woman, Hannah, who must confront loneliness and uncertainty wrought by the pandemic…

Hanna Sandler was born and raised in Sydney by Jewish immigrant parents, and she grew up surrounded by music and began singing from a young age. During her time at Actors Centre Australia, she performed roles such as Malvolio in ‘Twelfth Night’ (dir. Adam Cook), Gustav in ‘The Creditors’ (dir. Samuel Trotman), and Rachel in ‘Appropriate’ (dir. Francesca Savige).

A filmmaker passionate about representing gender diverse and Jewish subjects, Benjamin Strum was formerly the producer, writer and presenter of the Facebook Watch news program, The Junkee Takeaway. He was also associate producer of the SBS broadcast documentary Country Town Pride (2019) and video producer for LGBTQ publisher Heaps Gay. He wrote and directed Drag Mama in 2015, which won the Selector’s Choice Award for Best Short Film at the Melbourne Queer Film Festival.

Join us online for a Health Matters event as we talk with Dr Ginni Mansberg regarding her book, The New Teen Age.

The GP and the psychologist combine forces to share evidence-based strategies for raising today’s tweens and teens to feel confident and strong.

Dr Ginni Mansberg has been a GP for 30 years, specialising in women’s and children’s health. Author of three previous books, most recently The M Word, she is a sought-after speaker and an authority on everything from sleep to wellness, life balance to beating stress.

Dr Ginni is host of SBS’s Medicine or Myth? and Foxtel’s Embarrassing Bodies Downunder, as well as the resident GP on Channel 7’s Sunrise and The Morning Show. She is mother to a blended family of six children. 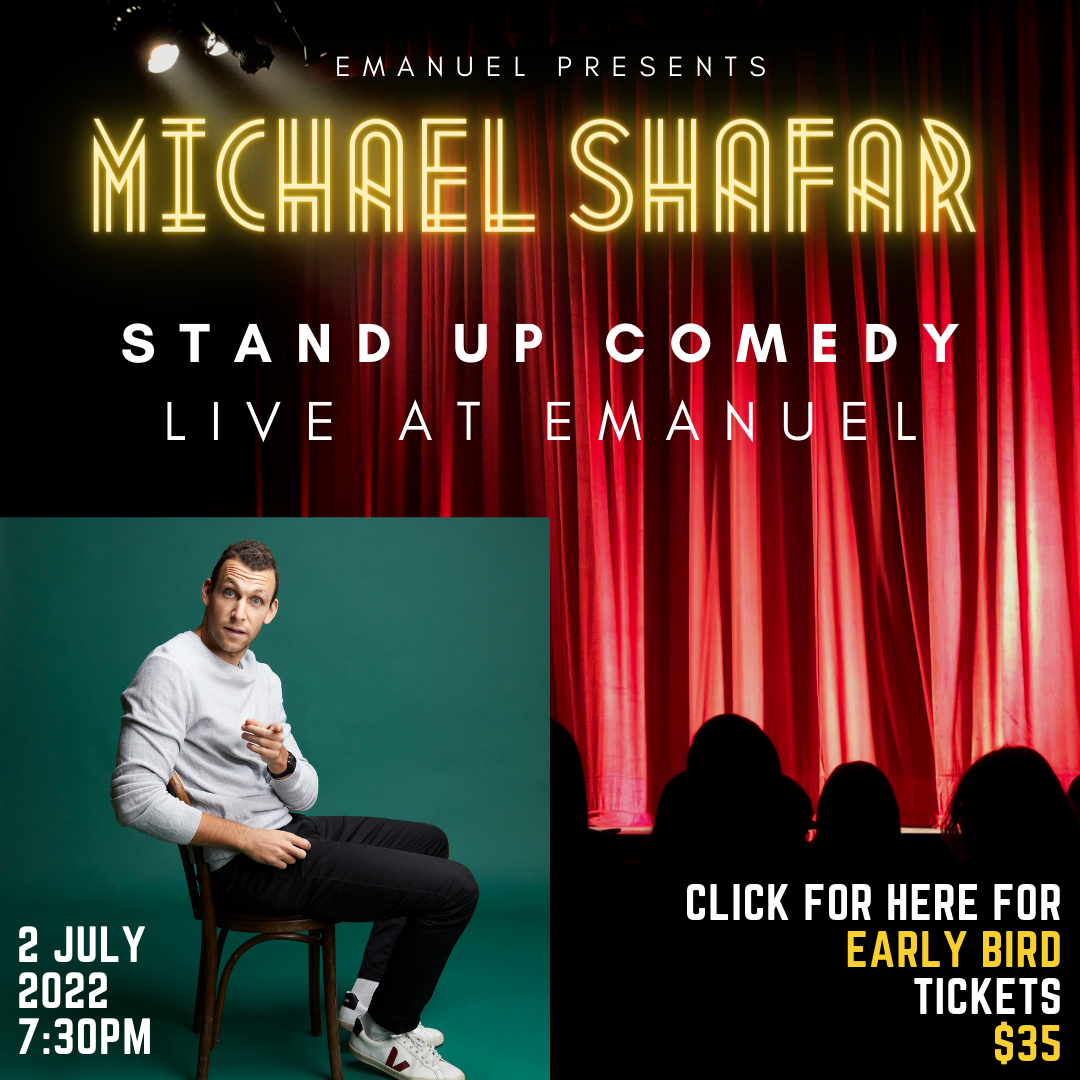 Since leaving a career in law for comedy, Michael has been working hard to win his Jewish mother’s forgiveness, and has (somewhat) achieved that, having performed around Australia, New Zealand, Asia, the US and on international waters.You might know him from his appearances on Network 10’s The Project and Studio 10, ABC’s Comedy Bites, triple j’s Good Az Friday or from his 30+ million views on his videos online. He is currently touring his latest show The Return of Shafar around the country to sold out crowds and very nice reviews.

We begin by experiencing an authentic Israeli Festival of Tabernacles, Sukkot and Simchat Torah in Jerusalem. Then we travel around the country visiting key sacred sites such as the mystical city of Tsfat, spiritual springs of the desert; learning kabbalah and meditation with the best teachers in the world, and gaining insights into other cultures such as Bedouin wisdom.

Rabbi Dr. Orna Triguboff will be leading this tour accompanied by guest teachers and musicians In conjunction with Keshet Educational Journeys.

If you are interested, please email orna@emanuel.org.au so you can be part of the Land and Spirit tour. 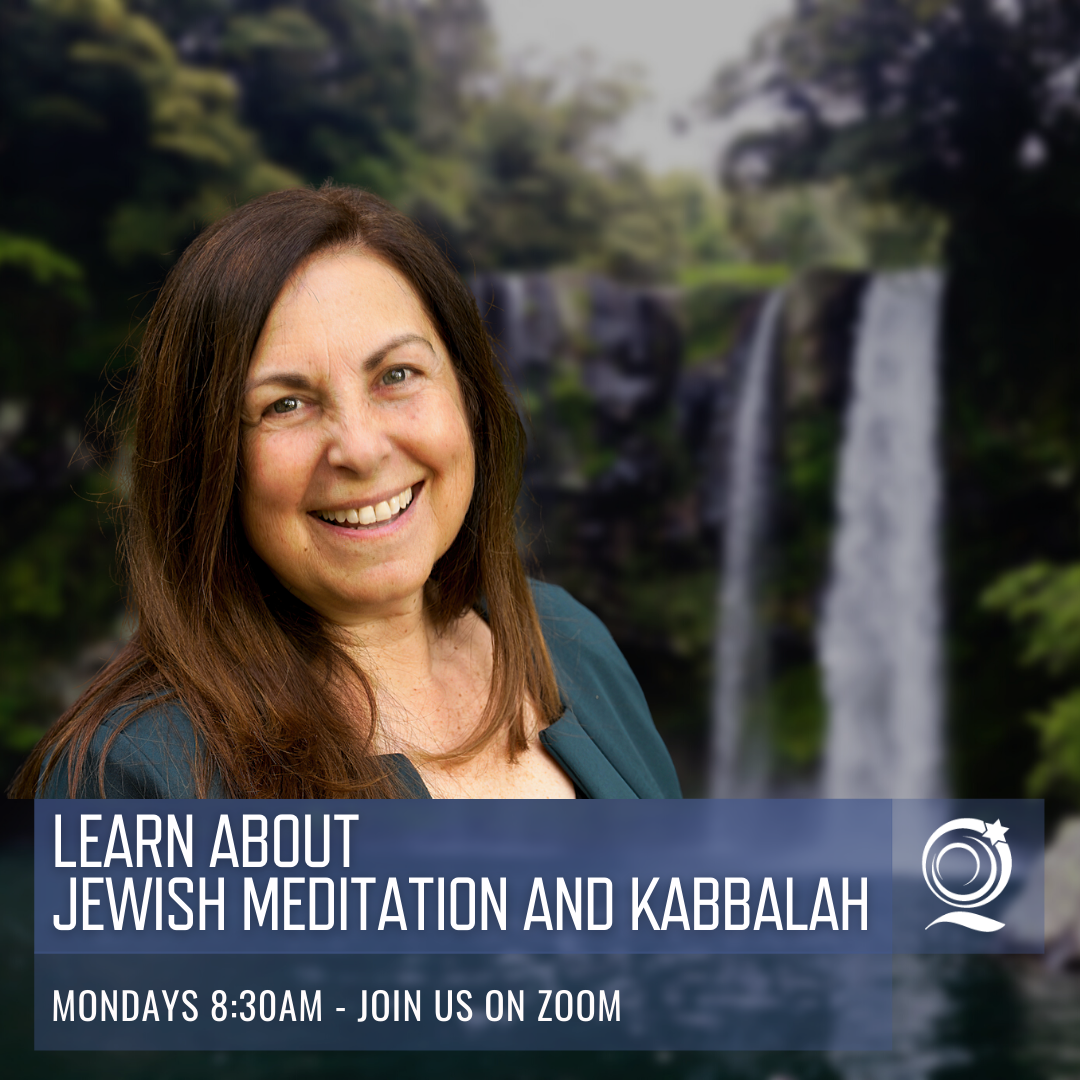 Based on teachings from the Kabbalah, we meditate together online, facilitated by Dr. Rabbi Orna Triguboff.

Orna has a Ph.D. in Kabbalah from the University of Sydney, and she is a meditation teacher.

We send recordings upon request. 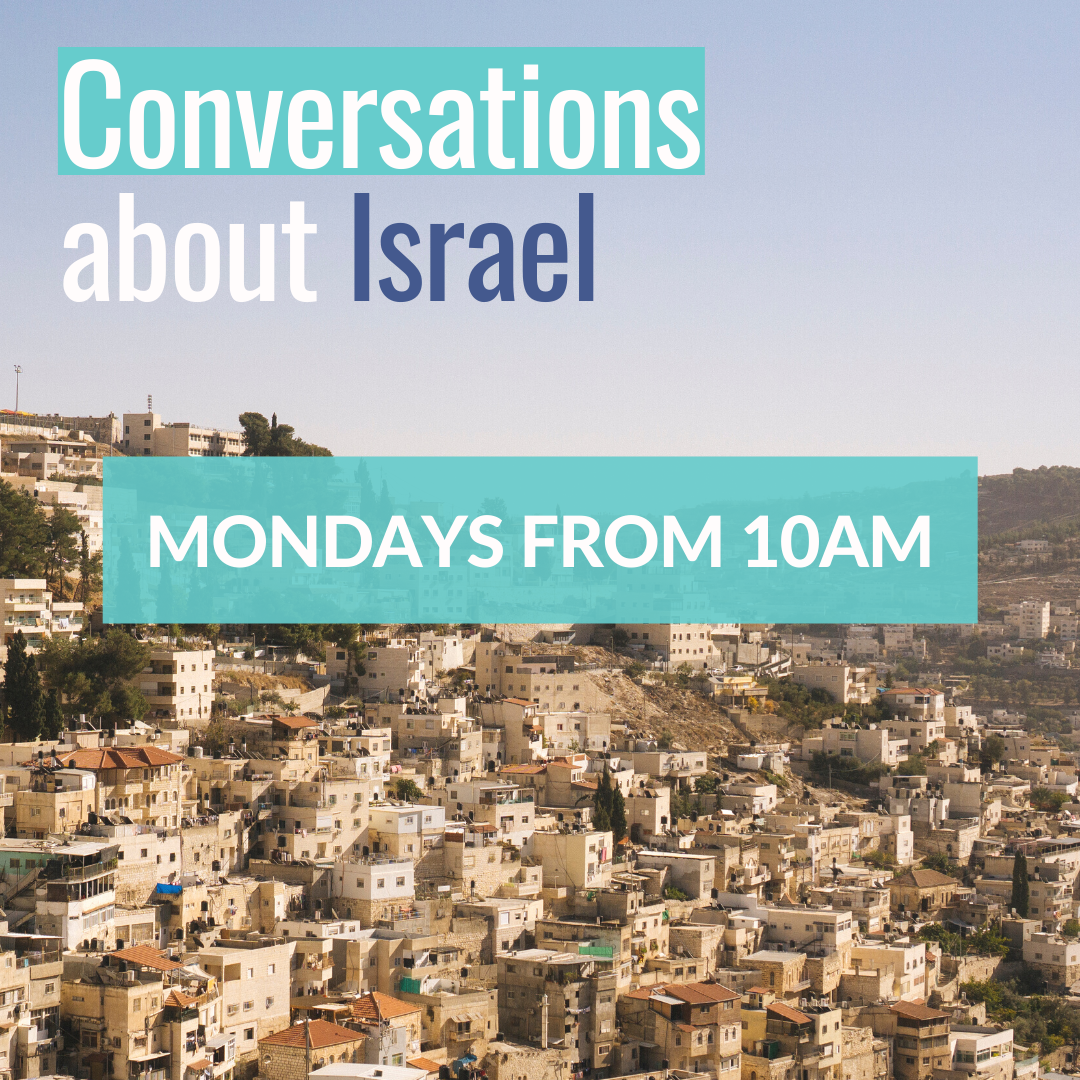 Mondays from 10:00am
A wide-ranging conversation about the land and people of Israel (wherever we may be found) addressing society, culture and other issues of concern.
Please join us via Zoom. 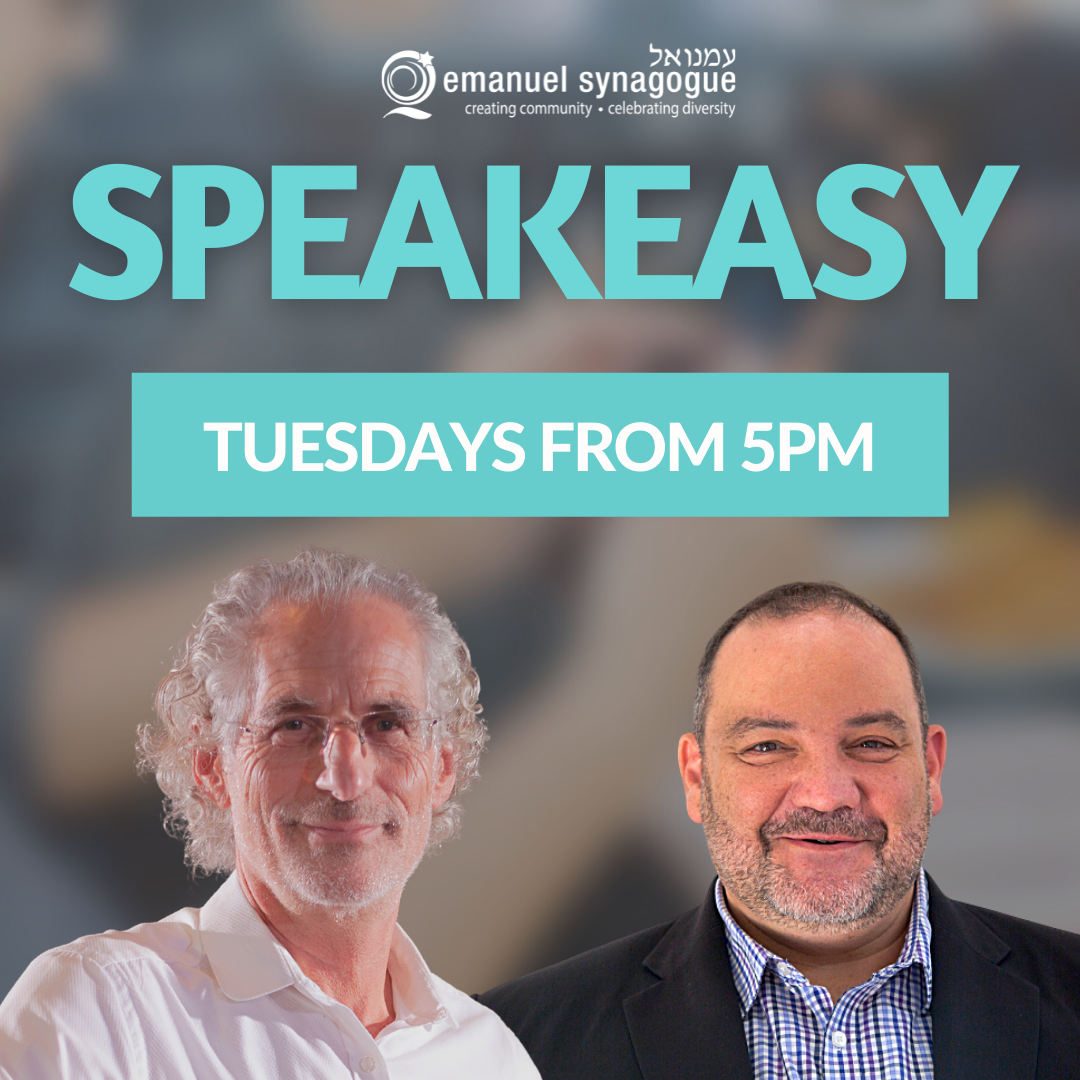 Tuesday from 5:00pm
Enjoy an hour of shmoozing about a topical matter of social import, made that much easier with a drink of your choice from the comfort of your home.
Please join us via Zoom. 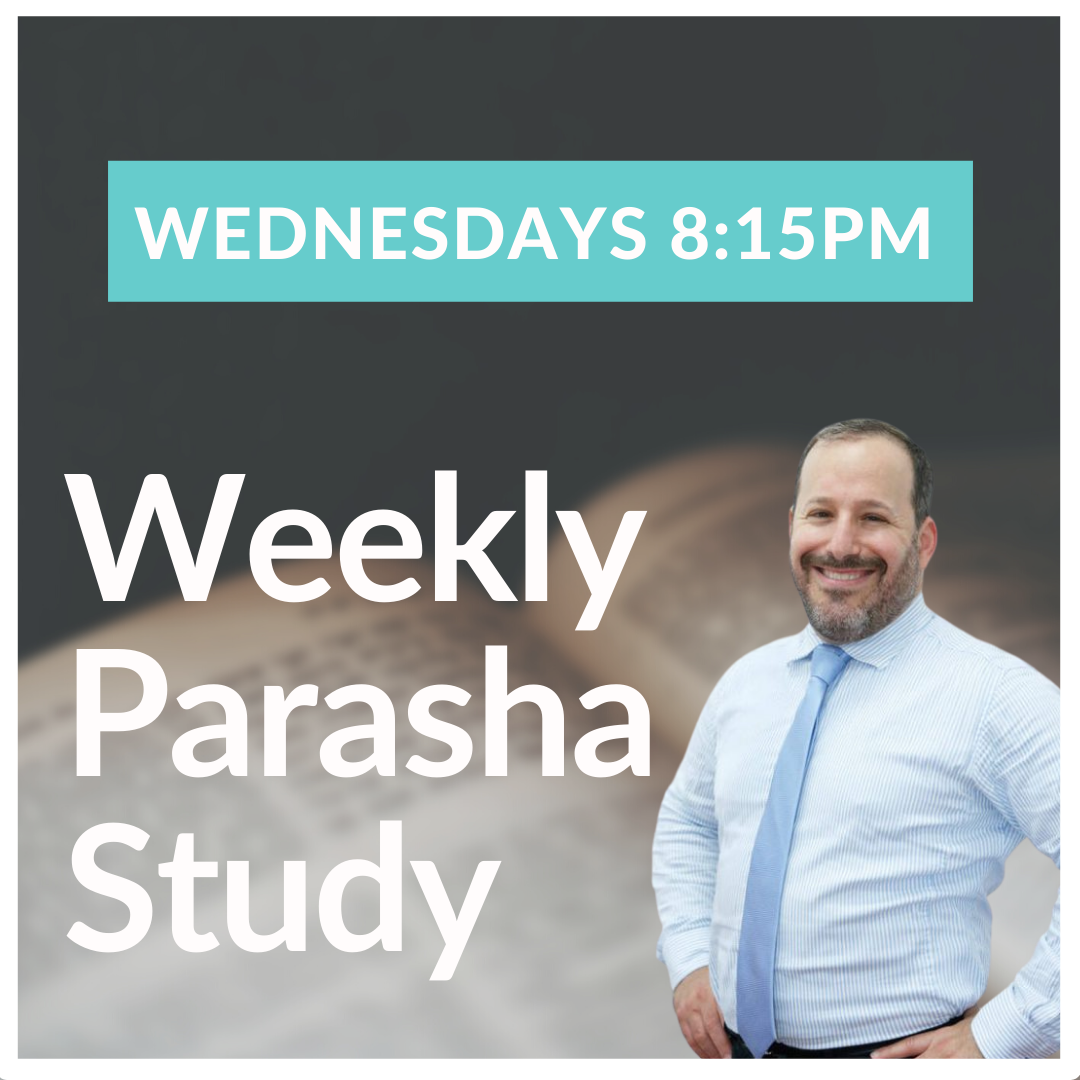 Wednesday from 8:15 pm
Rabbi Kaiserblueth presents a contemporary look at our ancient texts. We delve into our weekly portion looking at difficult passages, inspiring texts, and stories. No prior experience necessary. Texts and sources will be provided.

Please join us via Zoom. 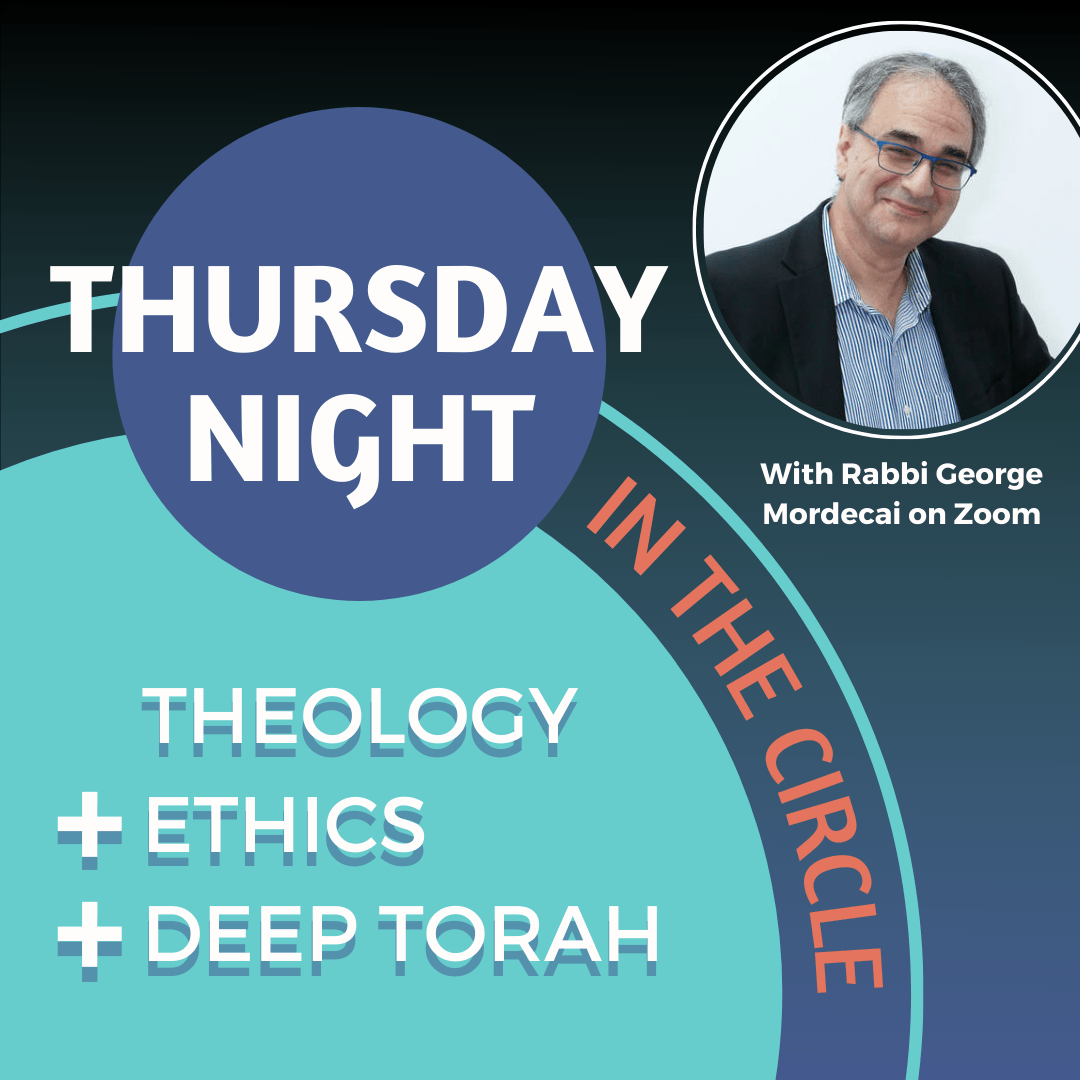 Thursday Night In The Circle

Thursday at 7:15pm
Join Rabbi Cantor George Mordecai on Zoom for a discussion of Theology, Ethics and to learn some very deep Torah.

Please join us via Zoom. 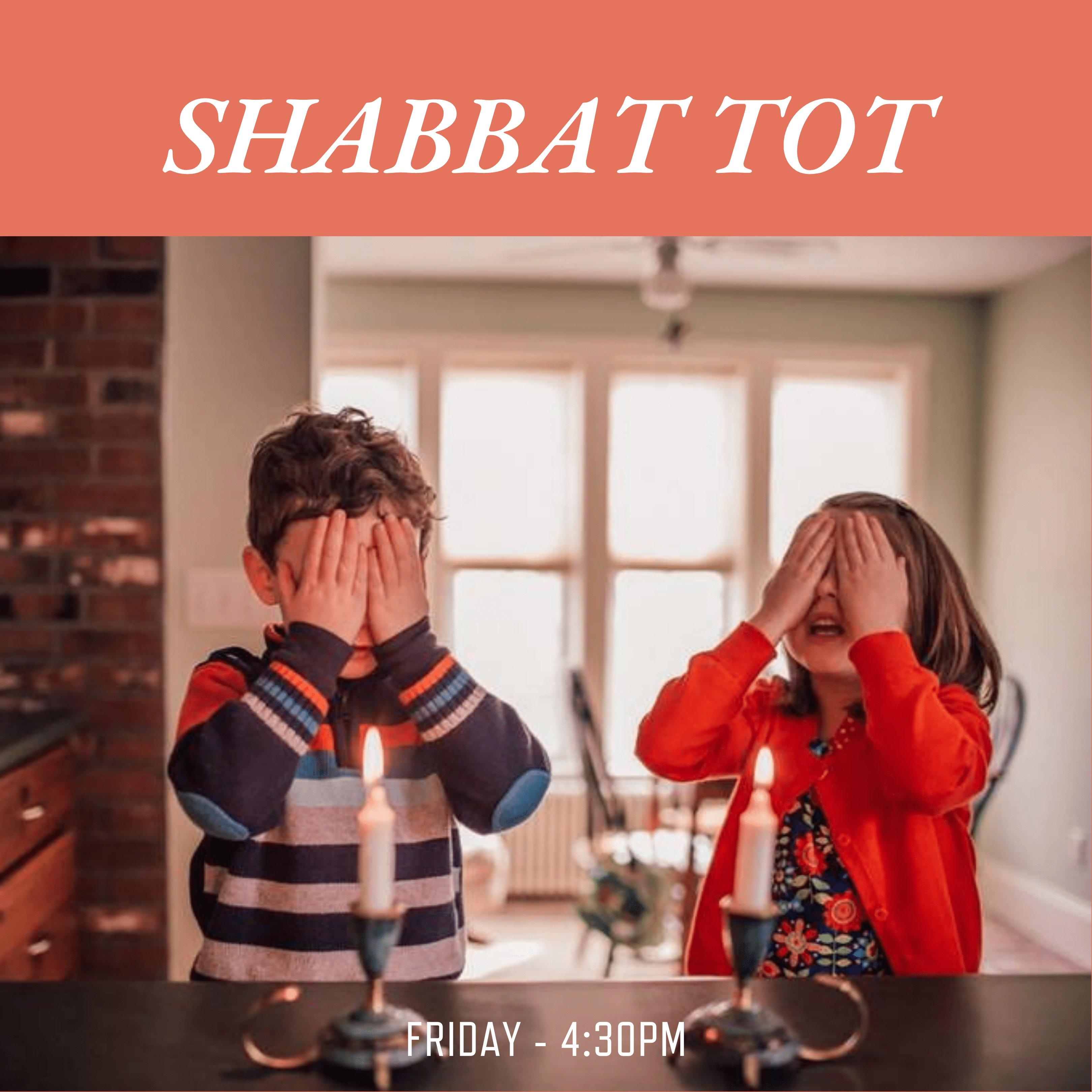 Shabbat Tot is a wonderful introduction to the music and prayers of Shabbat for children ages 2-5. With stories, dancing, singing and craft we journey into the Shabbat and celebrated this special time together. We conclude by lighting candles and of course, enjoying challah! 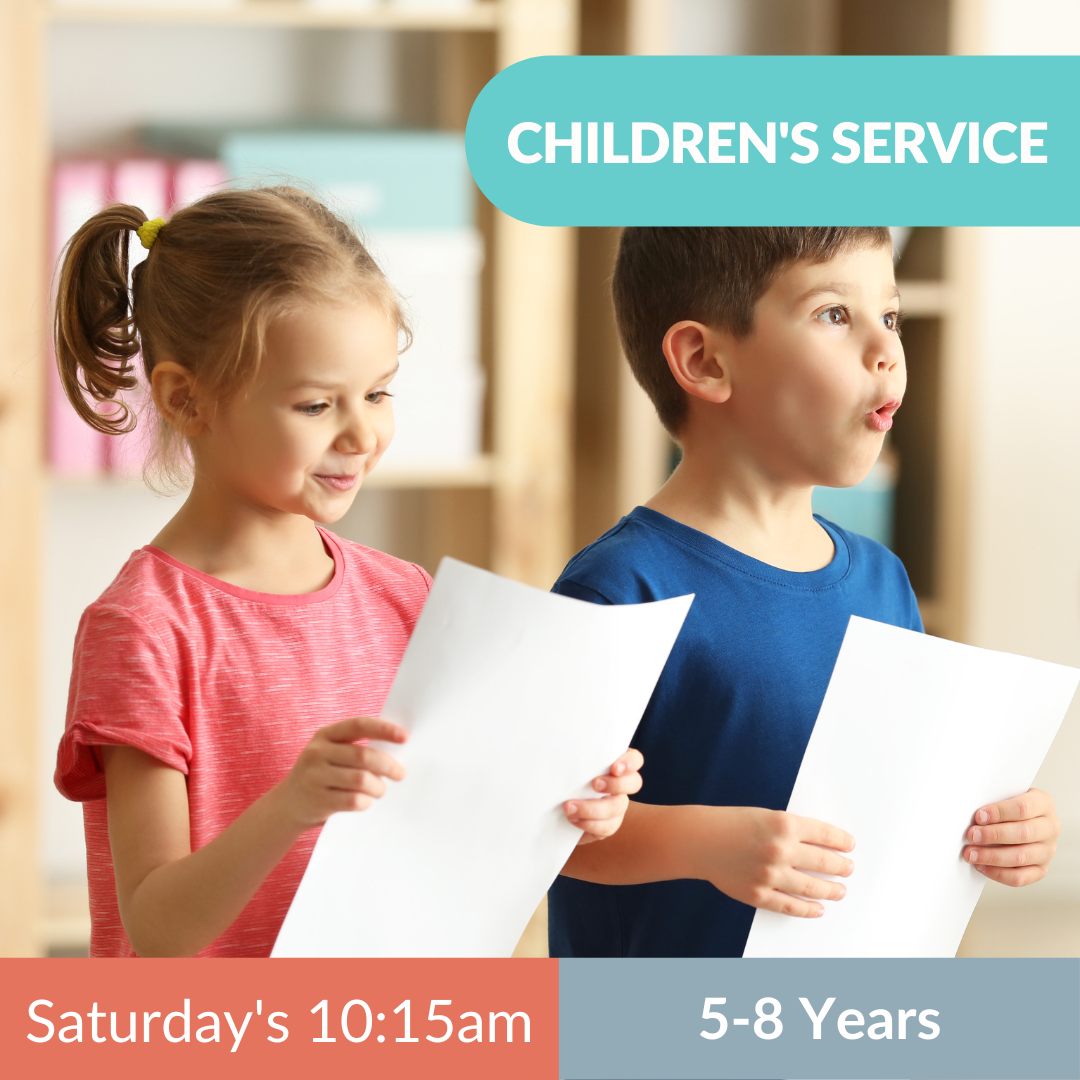 The Emanuel Children’s Service is an interactive Shabbat morning experience which combines singing and dancing to Shabbat prayers while learning about the weekly Torah Portion.