Contemporary thought leaders discuss issues of greatest concern for our society. Once a month on Sundays from 5:00-6:30 PM.

Join our incredible “personal, political and prophetic” panel as three leaders in our community speak about their experiences as women and their visions for the future of our community. 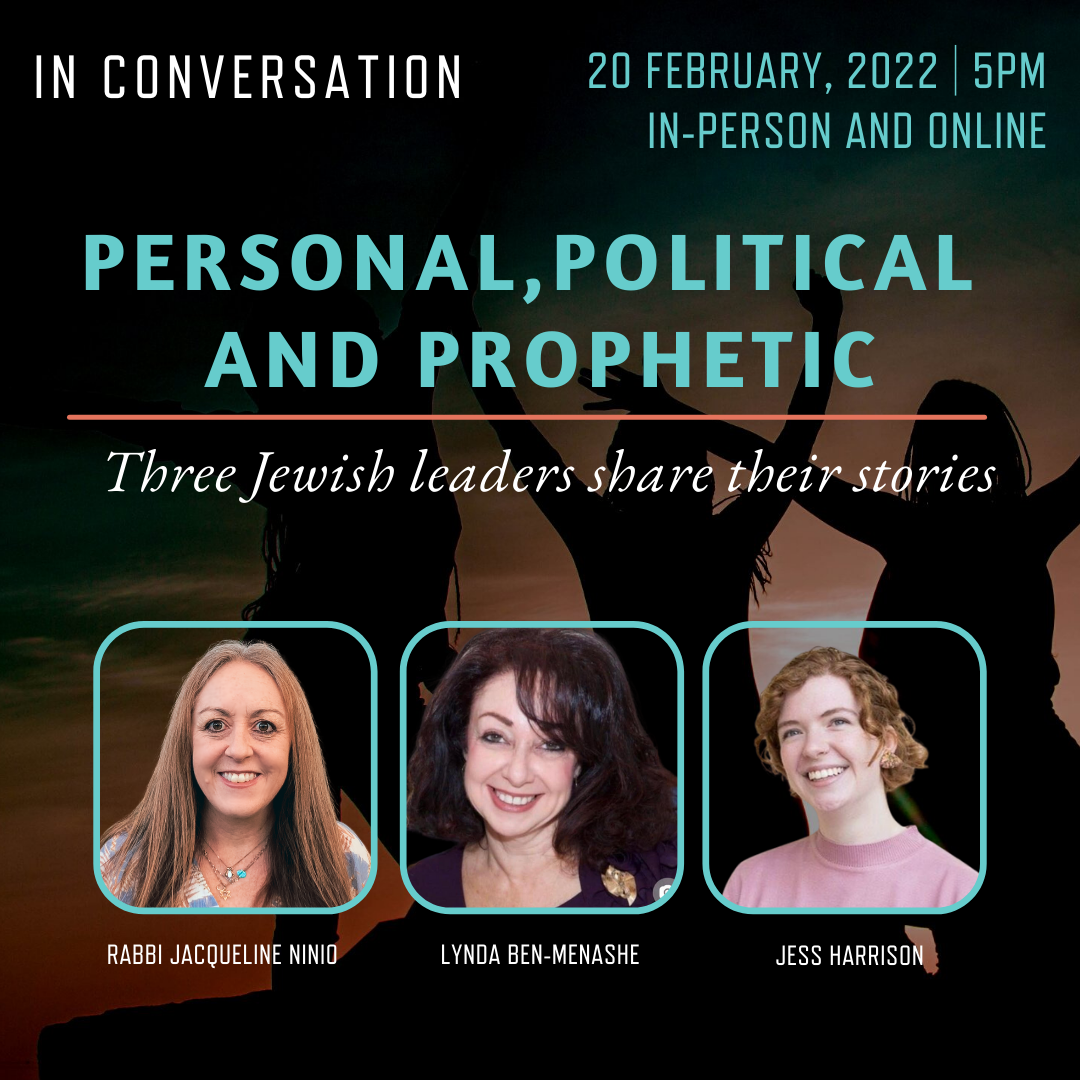 Rabbi Ninio believes in the centrality and importance of community, and providing a place where people feel valued, included and treasured. Rabbi Ninio is married, has one child and she loves Israeli dancing and “trashy” TV.

Lynda Ben-Menashe’s passion is innovation in the building of social capital. To that end, she has worked in Australia and Israel in education, publishing and public diplomacy. For 14 years until January 2022 she served the NSW Jewish community through the NSW Jewish Board of Deputies, finishing as its Head of Engagement. To build social cohesion in the Jewish and wider communitiesLynda developed programs including the We Are All Sydney community leadership program, the Shared Table Project, Talking About Israel, the Women of Diversity Dinner,  Your Shabbat Your Way Home Shabbat dinners and study tours of Israel and Palestine for mixed groups of NGOs to examine grassroots peacebuilding.  She has 3 grownup children and a strong, supportive partner and is a feminist, a Zionist, an optimist and a realist.

As the Organiser for Sydney’s Jewish communities, she brings Jewish people of different ethnic and religious backgrounds together to work for the common good. She was raised in the Jewish Progressive Movement in Sydney where she served as Federal Chairperson of the youth movement ‘Netzer Australia’ and is a member of North Shore Temple Emmanuel. She combines her passions of building power in our communities and the creative arts in her double Bachelor of Arts and Fine Arts that she is currently studying. Jess is a proud member of her Union and was formerly an organiser with Voices for Power.

See the calendar for dates and details of future In Conversations.