The Lessons of Noah

The story of Noah’s ark is one of the most familiar of all the stories in the Torah. A man, Noah, righteous in his generation, was called by God to build an ark, take in at least two of every animal, and his family and wait for the rain to end. It rained for 40 days and nights and then it stopped. Noah sent out a couple of birds, looking for dry land, they find it and he and the animals leave the ark. Noah then plants a vineyard, harvests the grapes, makes wine and proceeds to get drunk. This Noah is not the one we see depicted on the walls of children’s bedrooms underneath a rainbow, this drunken Noah is not the one we tell our children about in Sunday School. So what happened to him? What happened to the righteous man who walked with God in the beginning of the tale?

When God calls upon Noah to build the ark and tells him of the plan to destroy the world what does Noah do? He goes straight to build the ark. When God tells him to get on the ark, take his family and the animals, what does he do? He gets on the ark with his family and the animals. When the rain starts to fall and the world is destroyed what does Noah do? He stays in the ark and waits for the next instruction. When the rains stop what does Noah do? He waits in the ark until God gives him explicit permission to get off the boat. And then, he gets off the boat, just as God asks him to do. Noah is an obedient servant of God. He follows every command, he does not question, he does not ask, he just does as he is told. Over and over again the text says: “just as God commanded, so Noah did.”

When Noah hears the world is about to be destroyed he says nothing. When he hears that he and the animals he chooses are going to be the only survivors of the world, he silently follows the command of God. We do not hear one word from him during the entire sequence of events, only silent obedience. Why does he not try to save his fellow human beings, why does he not speak out on their behalf? How can he remain silent when he hears them drowning outside the window of his ark?

Contrast his behaviour with that of Abraham during the next few weeks. When Abraham is told the cities of Sodom and Gemarra are going to be destroyed for their wickedness he challenges God and asks: how can You, a righteous God, destroy the innocent along with the wicked? What kind of God of justice are you if you don’t do justice?” He argues and he fights to save the people. And later, when he silently obeys God’s command to sacrifice his son, God stops him and they two never speak directly again. And then there is Moses. When God threatens on more than one occasion to wipe out the Israelites for their sins Moses is there, a stubborn, obstinate defender of the people who infuriate him, who disobey him, who give him untold grief, yet he defends them to the end. Unlike the silent, obedient Noah, Moses is the greatest prophet, it is he we seek to emulate.

God, it would seem, does not want blind obedience. And perhaps that is where Noah went wrong and it is that which led him into his drunken stupor. He was a survivor of an incredible tragedy which he did nothing to prevent and in the aftermath he had to learn to live with his survival, his new reality and the devastation and loss.

A rabbinic text asks God: “if you do not want suffering and injustice in the world, why don’t you do something about it?” God replies: “I have done something about it, I have created you.” God does not ask for blind obedience, but rather to learn and consider and then to take responsibility and act. There is so much suffering in our world, so much sadness, how many of us are like Noah, accepting the status quo and doing nothing to make it better? How many of us believe that we are powerless to make change and so we shut the doors to our ark and hope it will all go away?

At the end of the flood, God brings a rainbow, a sign of the covenant, God promises never to destroy the world again and we promise to do our part to ensure it is not destroyed, not by the hand of God but through our own inaction. When we see a rainbow, maybe we can think of Noah, the man who was crushed by survival, who was defeated by not standing up and fighting for life and vow not to be like him, not to be indifferent. We are called upon to rebuild our shattered world, let’s not wait for permission. 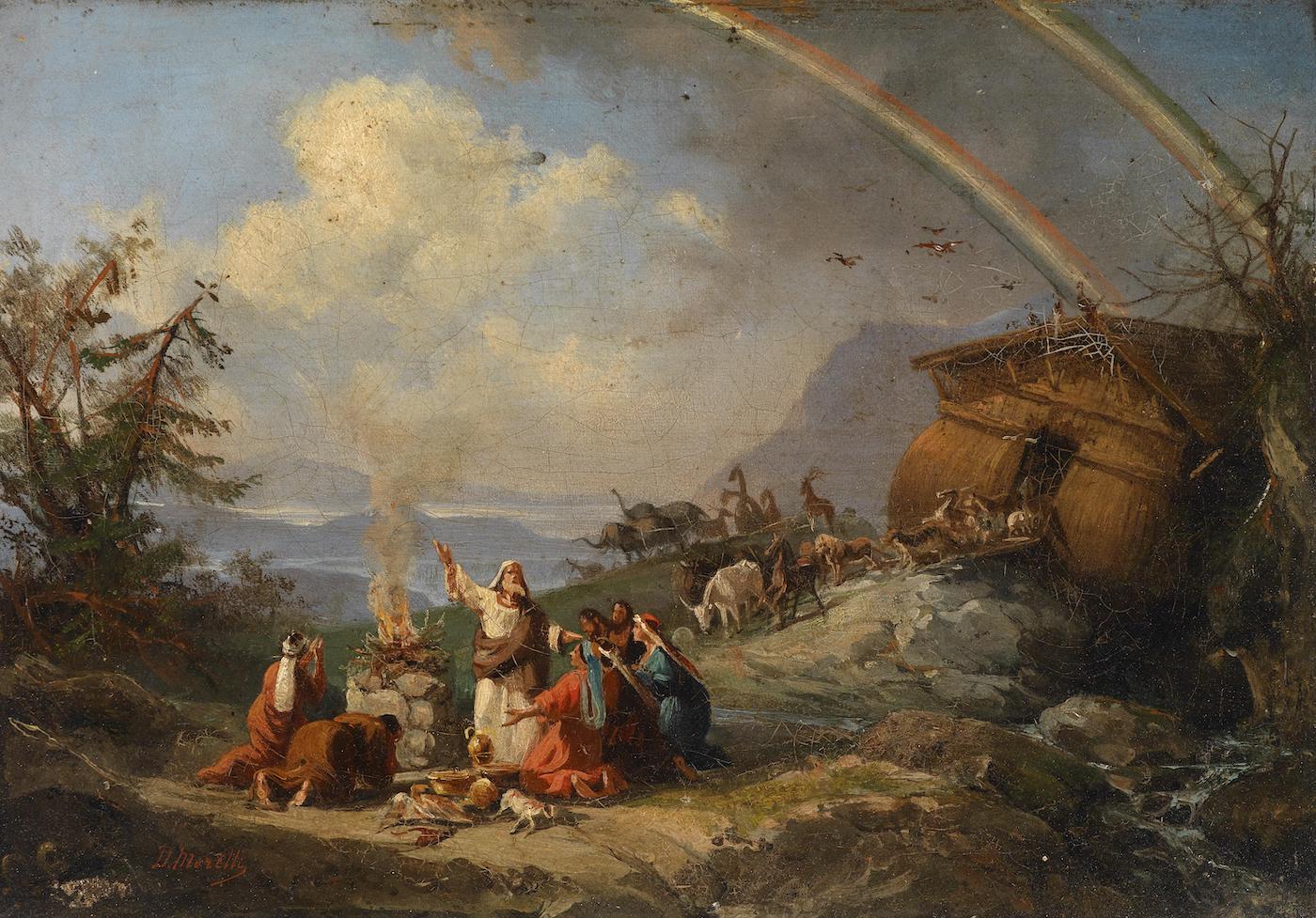