Purim is almost here! The festival begins on the evening of Thursday, 25 February and we are offering a variety of exciting events for all ages, both in-person and online.

Join us online as we bake delicious Hamantaschen together. Plus there will be lots of fun for all! Click here to download the recipe then click below to enjoy a video of the bake! 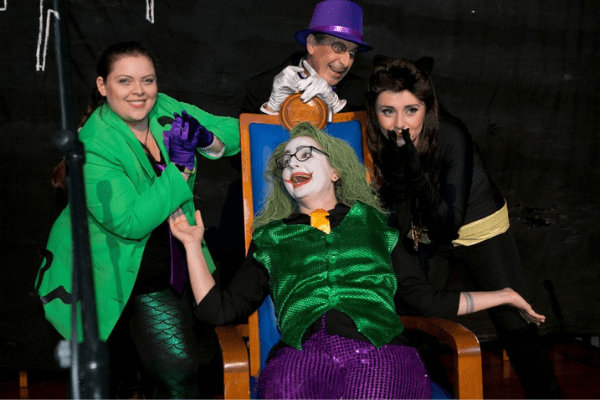 Spiel or No Spiel

“To spiel or not to spiel” that was the question! This year with the uncertainty of covid and the restrictions on numbers in the synagogue and singing we could not bring you our usual live Purim Spiel so we invite you to join us for a walk along memory lane with our Purim retrospective.

20 years 20 Purim Spiels.
20 times we have told the same story, with the same jokes.
20 times you have come along and laughed and cried and listened to the worst bad accents, mediocre singing and truly awful dancing and now you have the chance to do it all again!!

Join us as we re-live some of the best and worst moments of Purims past! We will travel to the Wild, Wild Westfield in scenes from “Oy My Aching Back Mountain” head to the disco with “A Saturday Night Fever I Should Get.” And who could forget the “Sound of Purim” (I know you tried) and the “Yiddish Mama’s Ladies College” featuring Mordecai, the Yiddishe Mama Superior

We have compiled clips of past spiels and Rabbi Jacqueline Ninio will provide live introductory commentary. There are a limited number of spaces to join us in the synagogue and unlimited spaces to enjoy from home for the megillah reading followed by the Virtual Spiel.

Click here to watch megillah reading and Spiel or No Spiel! 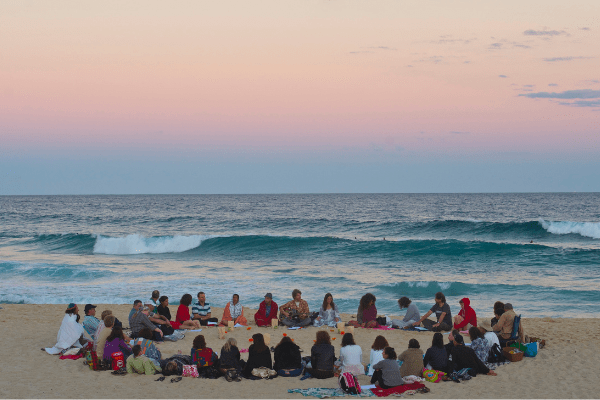 Join us for a special Purim Beach celebration! Light the candles for Shabbat, sing Shabbat and Purim songs, celebrate Purim and picnic at one of Sydney’s eastern beaches. With Rabbi Orna Triguboff and guest musicians. Email orna@emanuel.org.au to book.

If you would like to stay for a picnic, please bring a picnic dinner. As per Covid restrictions we will not be sharing food with each other and will observe social distancing.

Numbers are limited so please email to book in and receive the location.

Join us for a fabulous special morning of Purim fun for all the family (but especially the kids) There will be games, arts and crafts, a costume parade and a fun retelling of the Purim story!

Sorry, registrations for this event are now closed due to government restrictions. 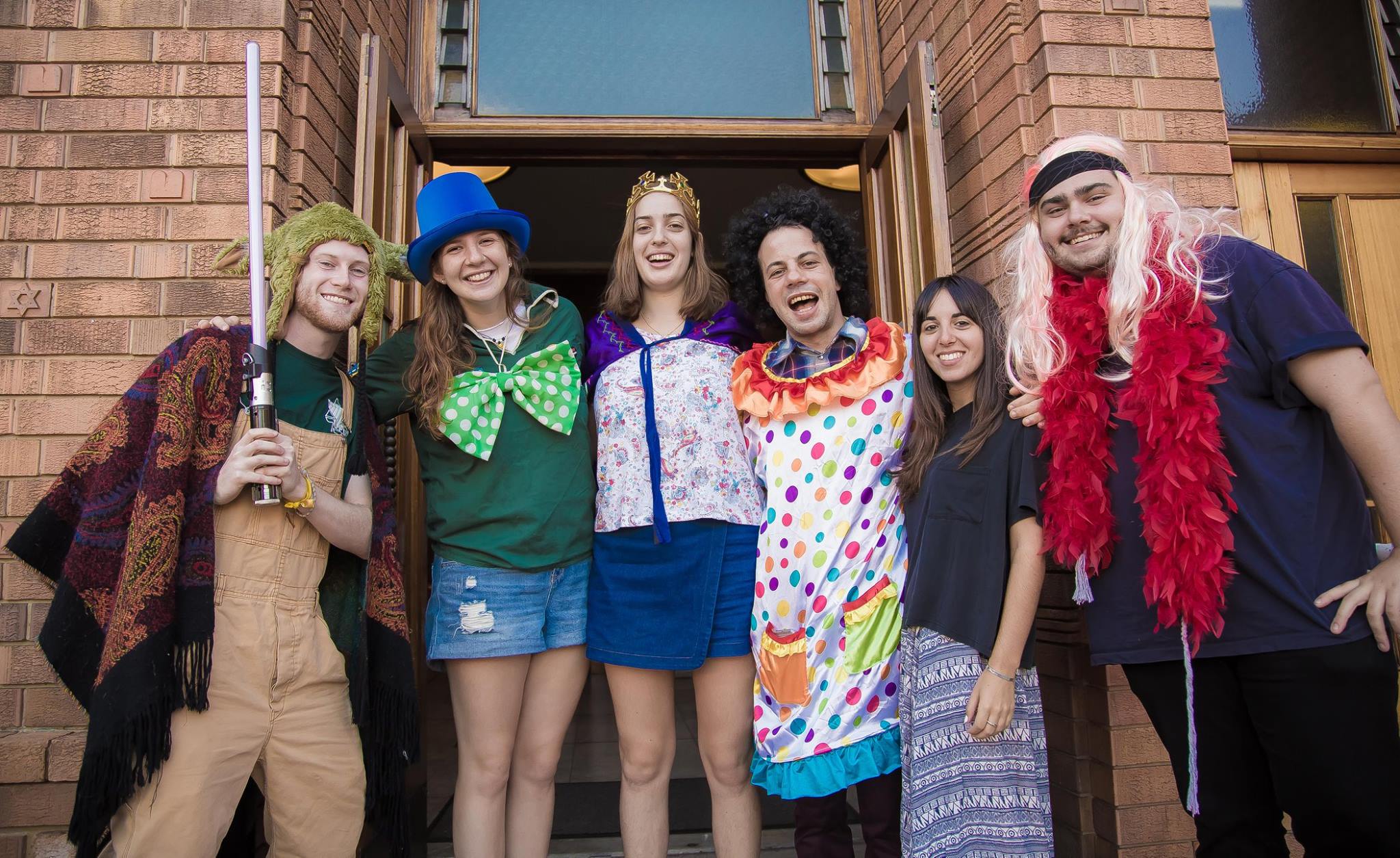 In the Book of Esther, we read that Purim is a time for “feasting and merrymaking,” as well as for “sending gifts to one another and presents to the poor” (Esther 9:22). In addition to reading the Megillah (Book of Esther), many children and adults dress in costumes, have festive parties, perform Purim spiels (plays), send baskets of food (mishloach manot) to friends, and give gifts to the poor (matanot l’evyonim).

What is Purim? An introduction to the Jewish Holiday.

Hamantaschen (Yiddish for Haman’s pockets) are three-cornered pastries filled with poppy seeds (mohn in Yiddish), fruit preserves, chocolate, or other ingredients that are traditionally eaten on Purim. In Israel during the weeks leading up to Purim, the aroma of freshly baked hamantaschen can be smelled on every block. Their triangular shape is thought to be reminiscent of Haman’s hat or ears. 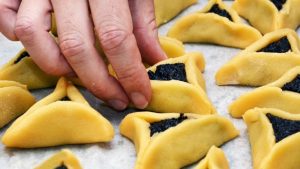 As part of the carnival-like atmosphere of Purim, many children and adults wear costumes. Some attribute this tradition to the fact that Esther initially “masked” her Jewish identity. Now a vibrant and widely practiced custom, some choose to dress as characters from the Purim story, while others select Jewish heroes from throughout history.

Traditionally, the Book of Esther is read at both evening and morning services on Purim. A number of customs are associated with the reading. Haman, the enemy of the Jews in this story, is associated with all those who have tried to destroy the Jewish people throughout history. Therefore, we make loud noises—verbally or with noisemakers—at every mention of Haman’s name in order to drown it out. Derived from the Polish word meaning “rattle,” a grogger is the noisemaker used to drown out the name of Haman during the reading of the Megillah. Beginning in the 13th century, Jews throughout Europe sounded the grogger as a part of their Purim celebrations.

A Purim spiel is a humorous skit presented on Purim. Most parody the story of the Book of Esther, but it also is common for participants to take the opportunity to poke some gentle fun at themselves and their idiosyncrasies.

For children (and some grownups too) one of the most enjoyable of Purim is getting to make noise – and lots of it! When you hear the name, “Haman”, the villain of the Purim story, shake your gragger, or noisemaker.

Don’t have a gragger on hand? It is easy to make one!: Click here for ideas

Mishloach manot are gifts of food that friends (and prospective new friends!) exchange on Purim. Often presented in baskets, most mishloach manot include hamantaschen, the traditional three-sided pastry eaten on Purim, but may also include a wide variety of foods and treats. These gifts are frequently referred to by their Yiddish name, shalachmanos.

Many families make mishloach manot baskets at home and distribute then to friends. Many families also make hamantaschen to include in these baskets and to enjoy at home.
Matanot l’evyonim (gifts to the poor) are gifts given at this season to those in need so that they, too, can celebrate Purim with a special meal. Many families have committed to participating in this important social justice aspect of the holiday.

Want to get in the mood? Here is a great Purim playlist:

How much do you know about the Purim story? Try this fun Purim quiz!

Purim is a day when norms are subverted and reversed to commemorate the reversal of fortune recorded in the Book of Esther. How much do you know about Purim?

Test your knowledge with this quiz from My Jewish Learning: Click here

Raise Your Mask Purim –
The Fountainheads

1. The dressing up originated from Italy in the 15th Century influenced by the Roman carnival.

2. The term Purim refers to the lottery system that Haman used to decide that the massacre would be on (this fell on the 14th day of Adar). On a leap year, when there are two months of Adar, Purim is celebrated in the second month of Adar, so it always falls one month before Passover.

3. Traditionally Jews used to burn an effigy of Haman in the street – similar to Guy Fawkes.

4. Seeds and Nuts are commonly eaten on Purim because Queen Esther mostly ate these in the palace as she didn’t have access to kosher food.

5. The fast of Esther commemorates how Esther fasted for 3 days to work up the courage to tell the King that she was Jewish. 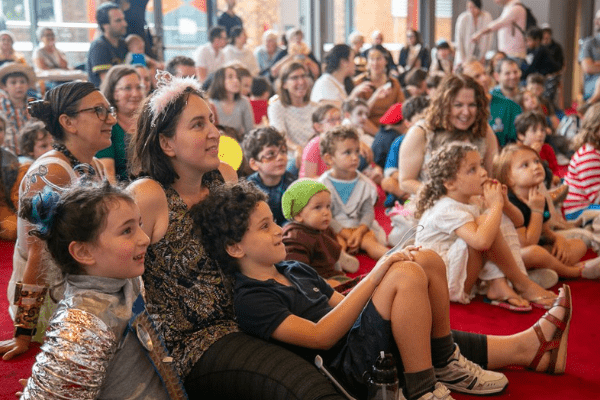 6. The fastest megillah reading in history is 14 minutes by Rabbi Mendy Pape of the Montreal Chabad. (Emanuel Synagogue’s reading is usually a more leisurely hour and almost certainly more entertaining!)

7. Communities around the world have their own Purim traditions. For example, in Italy, children would divide into two camps and throw nuts at each other. In the Yemenite town of Asaddeh, it was customary to make a large effigy of Haman out of rags. This was placed on a donkey and led by the children from house to house. Each householder gave the children lollies, and beat, spat or even threw dirty water over the Haman on the donkey!