To Serve and Preserve: The Adani Coal Mine is Dereliction of Our Spiritual and Moral Duty

The various spiritual traditions have stories that teach of the human responsibility of custodianship for the land. As a Jew, I refer back to our original story of responsibility and custodianship, from the beginning of the Torah itself – the opening of our teachings of creation in the book of Genesis. Our mythic land is known as Gan Eden, sometimes translated as the Garden of Eden, or Paradise, where the prototypical human known as Adam – best translated as “earthling” – is given responsibility for the adama, or earth.

As it says in the Torah, “God took the earthling and placed him in the garden of Eden … l’ovdah v’lshomrah.” These last two Hebrew words are often translated as “to till it and take care of it,” but there are deeper senses of those words in Hebrew. L’ovdahmeans to serve the land with spiritual integrity; and l’shomrah means to guard and protect it.

In Judaism, the way of life of the Jews, this verse provides nuance to the earlier story told in the first chapter of Genesis, where we are told that “humans are made in the image of God, and they shall rule the fish of the sea, the birds of the sky, the cattle, and the whole earth” (Genesis 1:28). There is a principle in Judaism, as well as in most cultures and civilisations, of not reading any text in isolation, but rather in broader context. 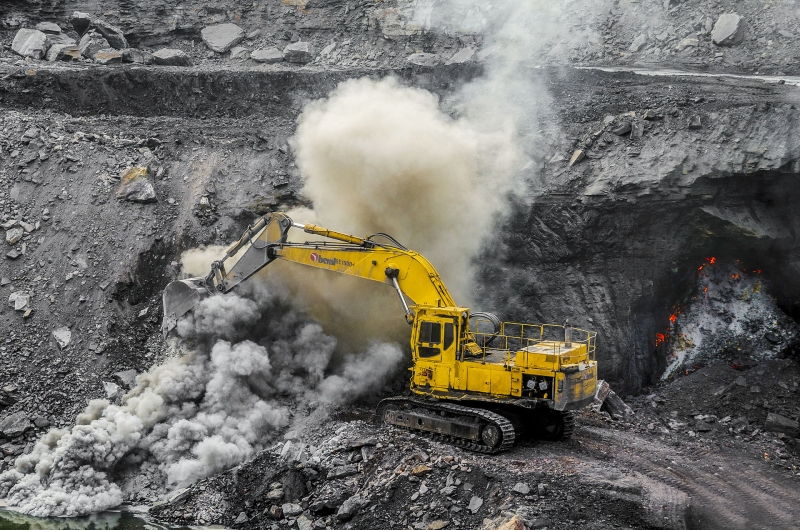 Unfortunately, there are some who have interpreted that first story of human rule over the animals and earth as an absolute entitlement to exploit and control, without any consideration other than immediate human privilege and power. This is a misreading of the traditions of Judaism, and I am confident of other spiritual traditions as well.

The broader context of Judaism gives insight into our role on this planet and our responsibility toward it. That we are made in the divine image is a reflection of our elevated consciousness, power, choice and responsibility. It is not a mandate to control and consume without consideration for other life forms. In fact, it is just the opposite.

The broader tradition is clear that we are custodians and guardians of life on this planet. In the Torah we learn, “The land shall not be sold in perpetuity, for you are strangers and sojourners with me” (Leviticus 25:23); elsewhere in the Psalms (Psalm 24:1) we are taught, “The earth is God’s and the fullness thereof”; and our ancient sages then guided, “See how lovely and how worthy of praise are My works; they have been created for your sake. Take care not to spoil or destroy My world, for if you do, there will be no one else to repair it.” (Ecclesiastes Rabbah 7:13).

Rather than a mandate to control and consume, our mastery – read in light of the general received tradition – is one of enhanced responsibility that comes with our enhanced consciousness. We are actually called to serve and protect, and our failure to do so amounts to negligence.

Sadly, we live in a time of great human negligence, in which we do not use our consciousness, power and choice responsibly at all. To serve the earth and to guard it requires us to act with environmental responsibility toward the earth itself, and with economic justice for its inhabitants, for they too must be served and protected.

The move of both Queensland State and Australian Federal governments, led by Labor and the Coalition respectively, to foist Adani’s Carmichael coal mine upon us, is a prime example of environmental irresponsibility and economic injustice. A recent episode of ABC’s Four Corners amply demonstrated the failure of political leadership across the board to move Australia toward a sustainable future both environmentally and economically.

The proposed Adani mine is yet another example of our failure of clear energy policy. Adani is environmentally and economically destructive. Spiritual leaders and responsibly engaged human beings must motivate our communities to learn as much as they can about the issues in front of us. We must teach of our human responsibility to serve and protect this earth, and that our guardianship requires us to fight for economic justice as well. We must support the original inhabitants of the land who live up to their custodial responsibility. Adani’s proposed Carmichael mine is the antithesis of this call to serve and protect, as it only serves narrow economic and political interests, not those of the earth and its inhabitants.

The environmental impact of this project, if fully developed, would be an unmitigated disaster. It is estimated that the coal from the Adani mine would produce 4.7 billion tonnes of carbon emissions in total over time, further endangering our planet. It would use 12 billion litres of water a year, threatening essential pristine water systems and resources, all the way to the Coral Sea. There, the Great Barrier Reef is in peril from coal port dredging, increased coal ship traffic and burning of coal for electricity, the biggest contributor to climate change.

As Minister for the Environment in the Howard government, Malcolm Turnbull wrote the foreword to a Climate Change Action Plan for the Great Barrier Reef Marine Park Authority. He stated that “coral reefs are highly vulnerable to the effects of climate change.” Since then there has been mass bleaching to coral around the world, with two thirds of the coral now dead on one 300 kilometre long section of the Barrier Reef, and a quarter of coral along another 600 kilometre stretch dead in 2016. And, as Mike Seccombe writes, “So long as we keep burning fossil fuels and pumping carbon dioxide into the atmosphere, so long as the world keeps getting warmer, reefs will continue to die.” Adani’s disastrous environmental impact is local and specific, and also global and general. To allow it to proceed is an abject failure of our custodianship of this planet.

That failure is compounded by the economic injustice of the project. The proposed one billion dollar loan for the project is money that would not be made available for renewables or tourism, telecommunications and agriculture. These are all more labour-intensive than coal mining, which is to say they create more jobs. Claims of 3,000 to 10,000 potential jobs are wildly overblown, with Adani presenting evidence in the Land Court of Queensland that only “1,464 employee years of full time equivalent direct and indirect jobs will be created.” The impact of this project on the tourism industry surrounding the Great Barrier Reef could be far more deleterious and place 10,000 jobs at risk. Further, the government of New South Wales argues far more jobs would be potentially lost in this state, and the price of coal drop as well.

Clearly, the project is not in the best economic interests of the Australian people, including those in Queensland. More frighteningly, according to Paul Bongiorno, Adani is the thin edge of the wedge for further mining projects in the Galilee Basin by billionaires Clive Palmer and Gina Reinhardt.

As for justice, this project is the epitome of undermining that value. Vaishali Patil, an activist for environment justice and the rights of rural women in India, recently wrote a damning article on this project. Bringing the concept of being stewards of the planet full circle, she writes: “The strongest lesson I have learnt in my work is that social and economic justice are unattainable without environmental justice, and that one of the biggest barriers to social equality here in India is the coal industry.” She highlights the following problematic issues concerning Adani:

Pollution causes more than 3000 premature deaths in India each day, with the pollution from coal power stations one of the leading causes.

Behind Adani is a dark and disturbing history of environmental and human rights abuses. In the coastal town of Mundra, Adani destroyed dozens of hectares of protected mangroves vital to local water purification, flattened sand dunes and blocked waterways to build India’s largest cargo port. Groundwater was left saline, a local village was flooded, and fish populations were devastated, with tragic consequences for local communities.

Six years ago, an unseaworthy coal ship chartered by Adani sank off the coast of Mumbai, spilling more than 60,000 tonnes of coal into the ocean. For half a decade, Adani did nothing to clean up the mess, allowing it to destroy coastal ecosystems and devastate the local tourism industry. 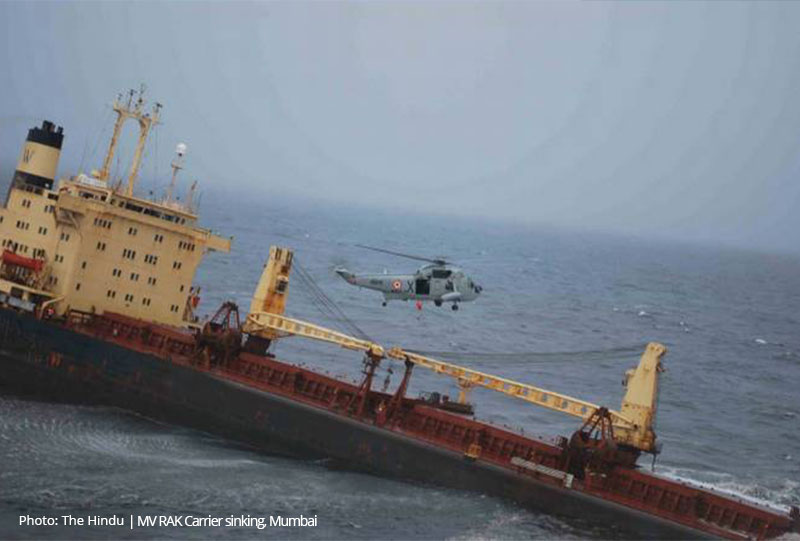 We understand that our service to our planet and our guardianship of it is more crucial than ever. Religious and spiritual people acknowledge that when we ignore evidence, we use our power with hubris and short-sighted selfishness, we will make unwise, if not negligent, choices. As a polity, we are already backing away from our Paris commitments – 350 ppm is no longer even considered an achievable goal, as we have now passed 400. Already language has shifted to keeping global warming under two instead of 1.5 degrees. As the targets shift, so does the urgency of our work.

We are but sojourners in this land, and it is our duty to preserve it for the generations to come. Adani must be stopped, energy policy shifted toward a mix that favours renewables, and our planet must be saved from us, by us, and for us. Our mastery must not be used to manipulate, but to serve and preserve.

Jeffrey Kamins OAM is a Senior Rabbi at Emanuel Synagogue, Woollahra, and an ambassador and member of the Australian Religious Response to Climate Change (ARRCC). This article is based on an address Rabbi Kamins delivered at the organisation’s AGM earlier this year and appeared in ABC Religion and Ethics.